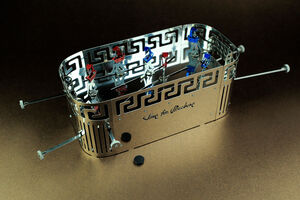 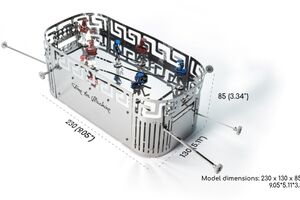 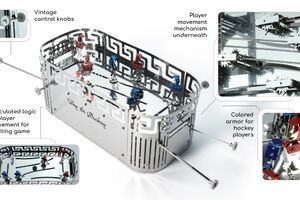 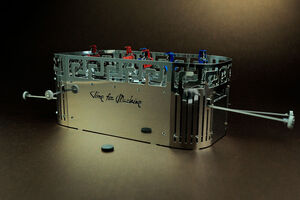 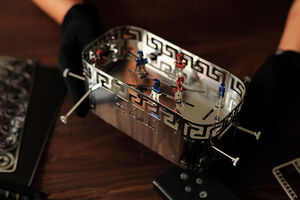 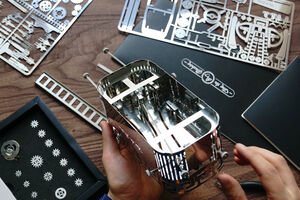 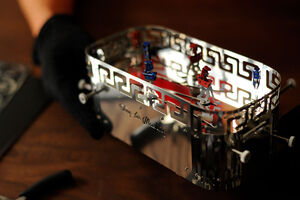 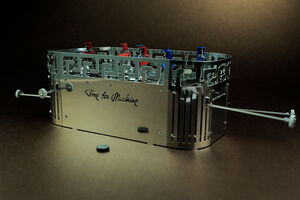 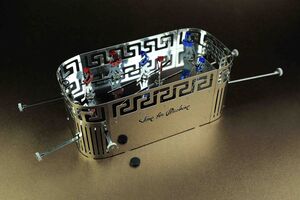 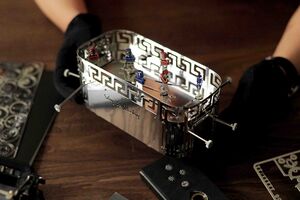 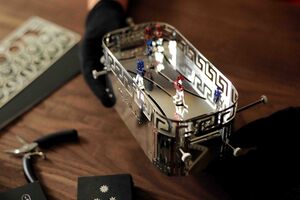 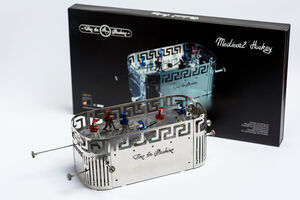 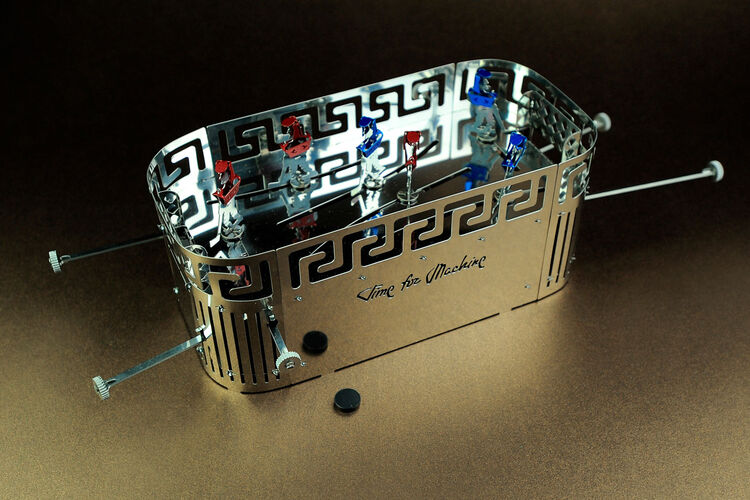 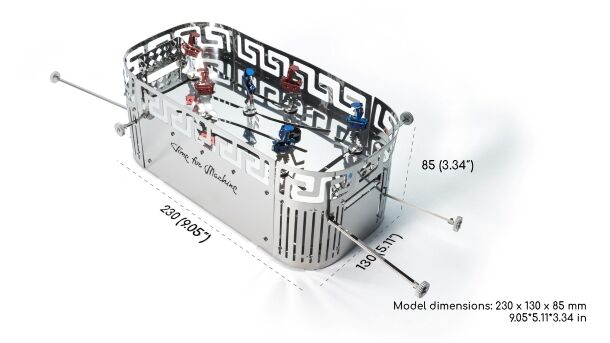 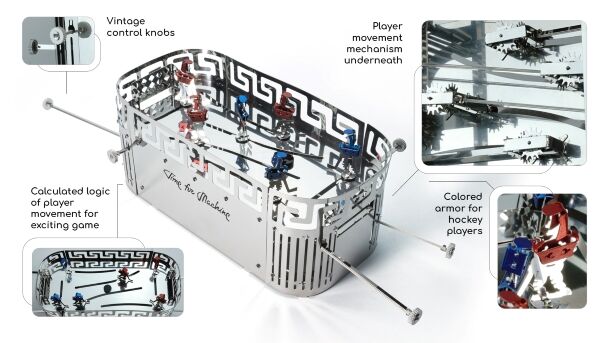 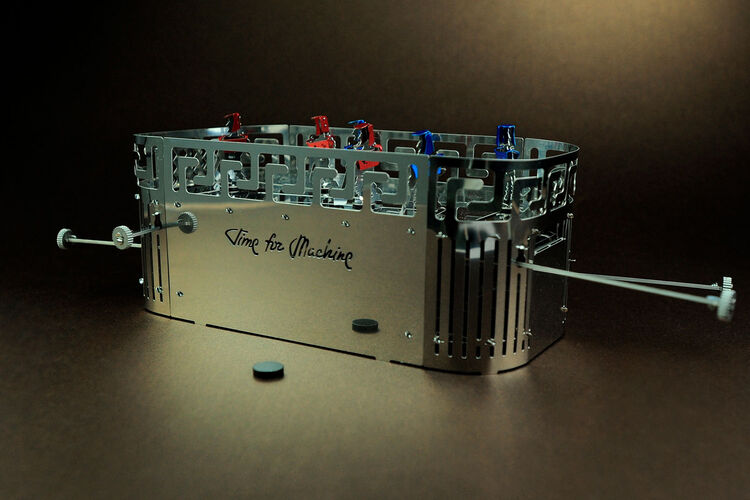 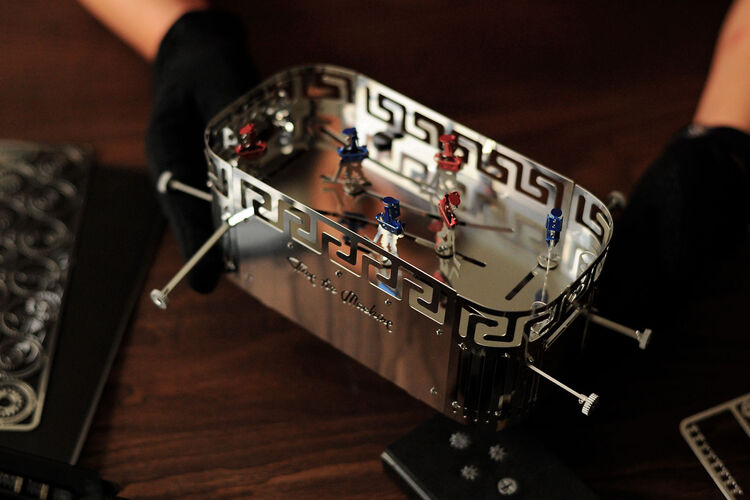 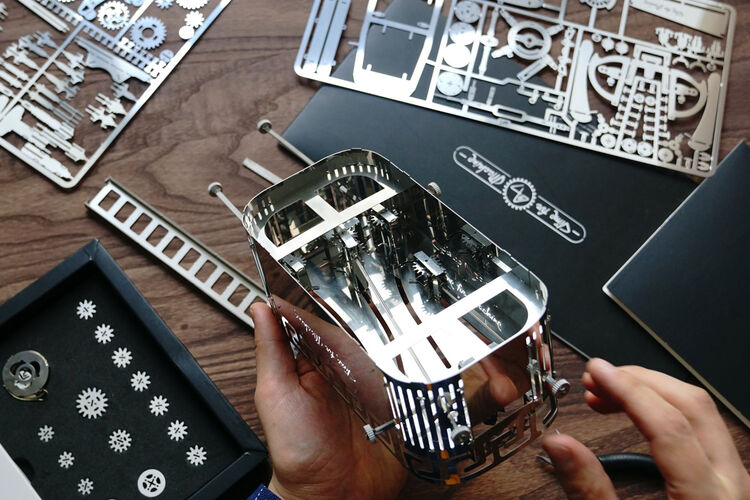 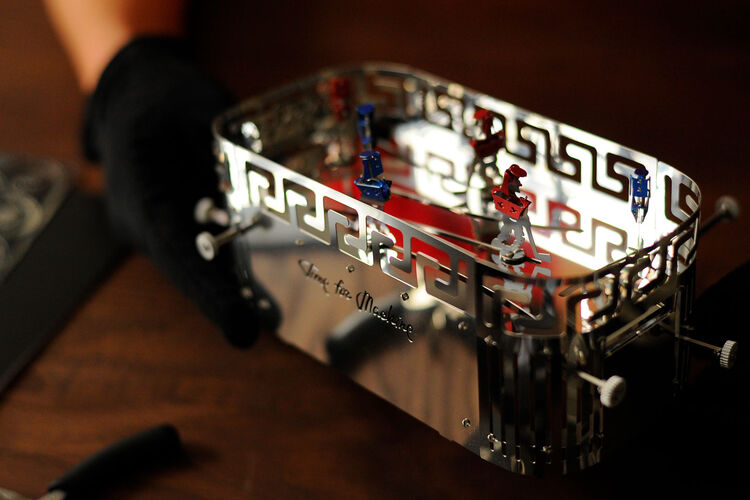 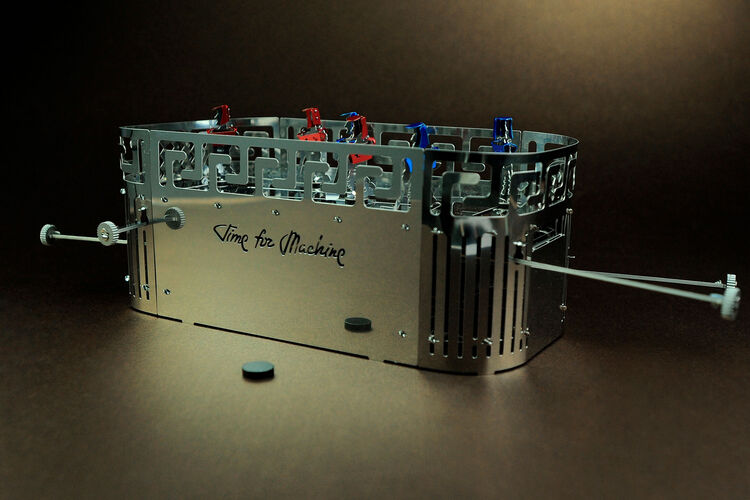 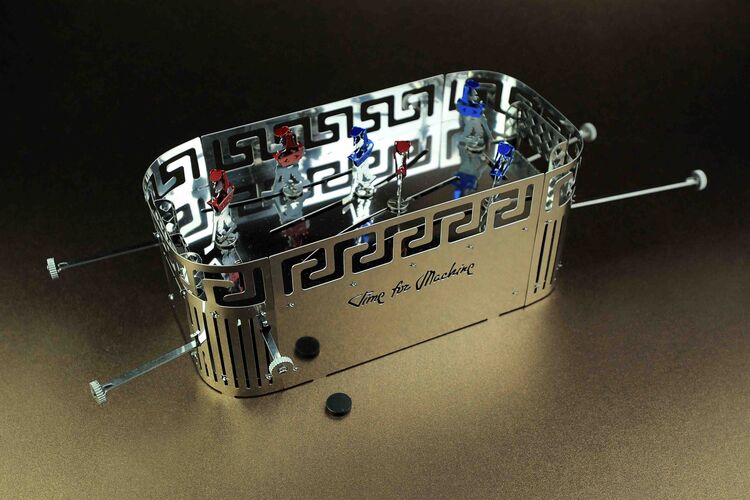 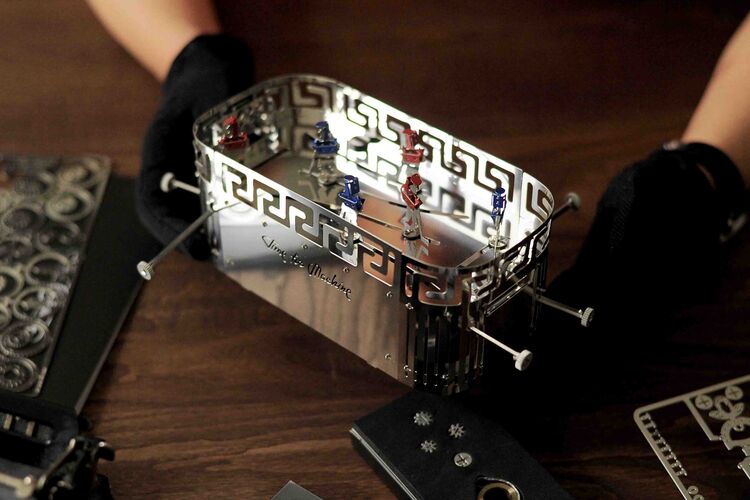 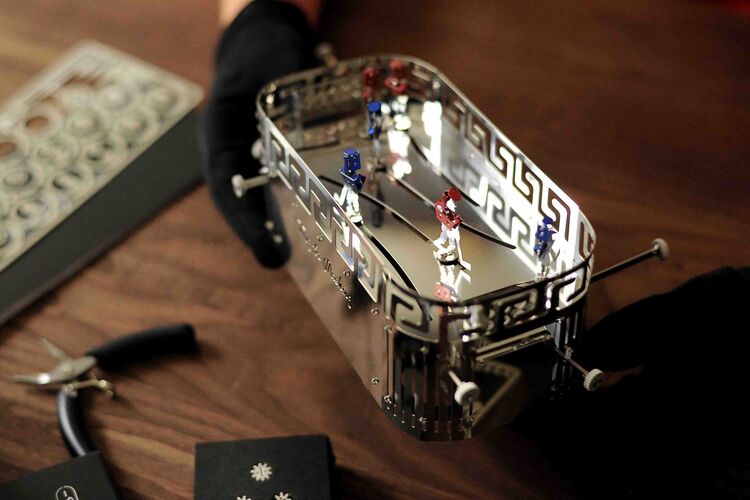 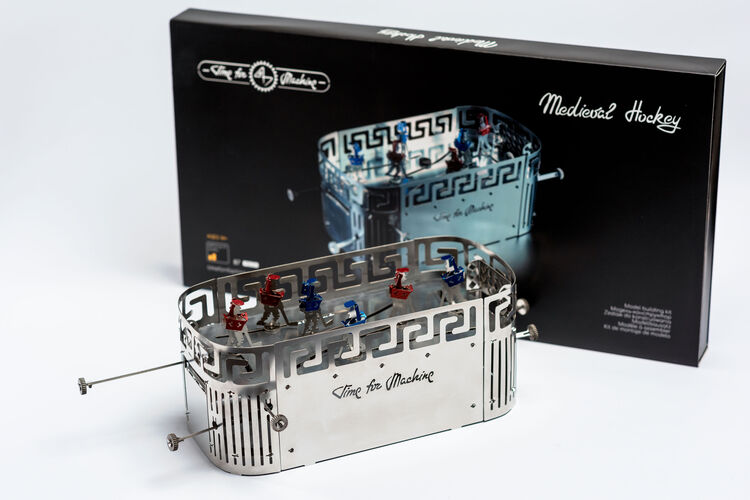 Time for Machine adores chivalric romance, knights and horses, medieval jousting tournaments, and the thrill of the good old fight. No wonder we also love team sport, especially hockey. One day, we decided that the day has come to create something magnificent – like a crazy new game to play at work. We came to our designers who are in love with Ancient Greece aesthetic and asked for some help. After hours of intense debate, we made a wise decision: why don’t we create an experimental game where medieval knights in armour play hockey on the greek field?

Every time we’re in the mood for a little risk and eclectics, we play this game. This game has 6 moving players and the field is big so you can have a wide margin for manoeuvre, leaving all your violence and righteous anger there. Caution: playing Medieval Hockey is very addictive. It’s less dangerous than playing with fire – and much more amusing!

Imagine you’re about to throw the gauntlet at your enemy’s feet, your heart’s beating like crazy under the steel armor. Your eyes are flashing under the helmet and you’re clutching the spear in your hand. Today, to feel the spirit of the Middle Ages, you don’t need to fight tooth and nail: you can just play hockey with medieval knights on the greek field! Yeah, that’s how much we love going eclectic. You can play Medieval Hockey with your noble rival without risk of literally losing your head. However, this game can give you both amusement and thrill. Get ready to be addicted to this game. One move and you’re unable to stop!

The game has 6 players that can be moved by turning the levers on the sides of the field. Are you ready to score some good old-fashioned medieval goals?